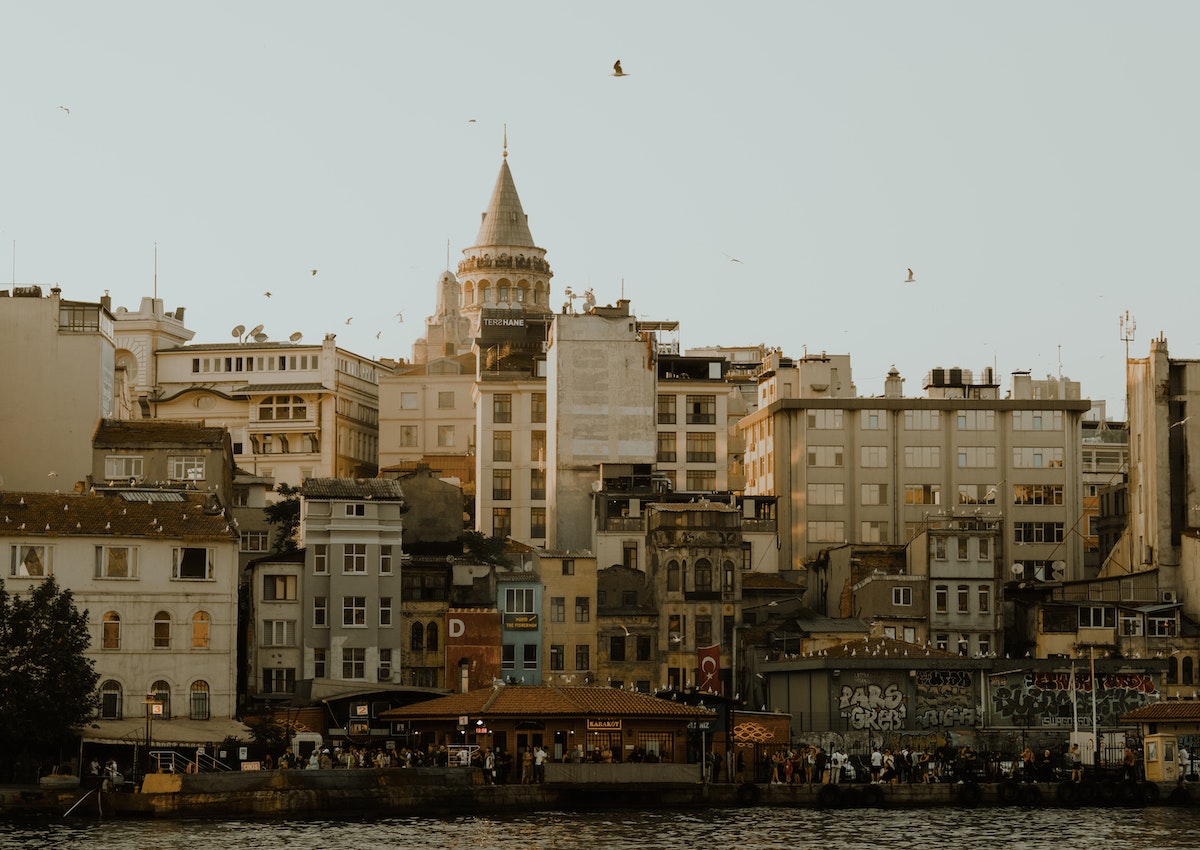 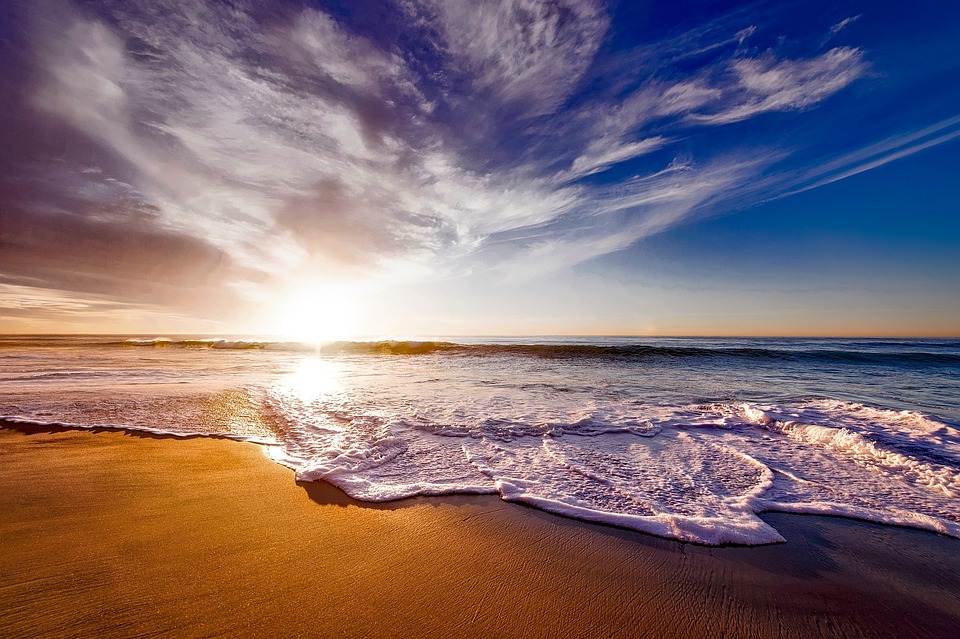 12 strangest beaches in the world for you to know

The city of Kutaisi successfully fulfilled the function of the Capital of the Kingdom of Georgia – between the X-XI centuries. A few centuries later, the city of Kutaisi fell prey to the Ottomans – the 16th century, and from the 19th century the city was annexed to the Russian Empire, reaching the peak of industrial development.

Although it is a tourist destination not so popular among tourists, the city of Kutaisi has a lot to offer. Precisely for this reason, I have selected for you the most important tourist sights of the city, which I have included today, in ” Top 5 Kutaisi tourist sights”. Bragati Cathedral was built in the 11th century during the reign of King Bagrat III, the one who unified the Georgian regions into a single kingdom. At that time, Tbilisi was under Persian occupation and the city of Kutaisi was designated the capital of the Georgian kingdom.

The Bragati Cathedral is located on the left bank of the Rioni River , but the architecture of the cathedral can no longer be found in its original state. A powerful explosion that took place in the 17th century brought the building to an important state of decay. However, the Bragati Cathedral was included in the UNESCO World Heritage in 1994. A few years later, 2009-2012, the Georgian government decides that the time has come for it to be reconsolidated, although the UNESCO representatives advised them not to resort to such a decision in order not to spoil the overall appearance of the architecture of this historical monument . However, the Georgian government takes the decision to renovate the cathedral, at the risk of being excluded from the UNESCO Heritage list. A decision taken that not only managed to bring the cathedral its former functionality, but also managed to keep its place on the UNESCO World Heritage list.

Access to the Bragati Cathedral is free. The “effort” to get here will be fully rewarded by a wonderful view of the city of Kutaisi. And if you are in the area on a Sunday, between 09:00 and 14:00, you can witness a real show while Georgian songs resound inside the cathedral. The Bragati Cathedral is the preferred place for officializing the religious wedding, which usually takes place on weekends; if you are lucky, you can witness such a Georgian wedding ritual. The Prometheus and Sataplia caves are protected areas of the Imeriti Region – West Georgia. Due to the exceptional position, in the immediate vicinity of the city of Kutaisi, you can easily visit them in a single day. The dense forests of the mountains of western Georgia lead you to the tourist center of the Prometheus Cave .

There is also a legend related to this place, known all over the world. It is said that Prometheus stole fire from the gods of Olympus, he was caught and imprisoned on Mount Khvamli, a place that can be seen from the Prometheus Cave. Believe in the legends or not, we’re just telling you this: the Prometheus cave is worth visiting! It is of a rarely seen beauty. Find here rare forms of stalactites,  stalagmites, petrified stone waterfalls, underground rivers and lakes – all this within a 1.4 km walk in the mysterious and cool underground atmosphere. In addition, the atmosphere is maintained by music and an impressive play of lights, which certainly capture the attention of every tourist.

The Sataplia Cave is another place to visit in the Imeriti Region. It is probably the most famous place in Europe due to the discovery of primitive dinosaur tracks. The cave is included in the tourist circuit, so every visit is accompanied by a guide, who will explain in detail interesting things about these animal species, which lived millions of years ago.

From the Sataplia Cave you have beautiful views over the city of Kutaisi; there is also a panoramic place set up, to capture successful snapshots. The tunnels of the Staplia Cave take you through several rooms, and in the one in the center of the cave you can see a beautiful heart-shaped stalagmite. For a greater attractiveness of the tourist objective, large gates displaying images of dinosaurs were placed at the entrance.

If you want to spend more time in the area, to enjoy the atmosphere in the middle of the forest, find out that there is also a restaurant nearby, which serves delicious, typical Georgian dishes.

How do you get here?

For the Prometheus Cave – from the Kutaisi main train station, there are buses in the direction of Tskaltubo that leave every day. A travel ticket costs 1 GEL, the equivalent of 0.50 Euro, and the entrance ticket to the Prometheus Cave is approximately 3 Euro, to which you should add another 3 Euro, in case you also want a boat ride in inside the cave. The Botanical Garden in Kutaisi was founded in 1912 by botanist and geographer Andrey Krasnov. With an area of ​​111 hectares , it includes no less than 700 plants from East Asia, North America, New Zealand, South America, the Himalayas and Mexico. But, by far, the attraction of the botanical garden is the secular oak , which is over 400 years old; the tree was transformed into a miniature chapel.

The oak reaches a height of 45 meters and a diameter of approximately 2 meters. The chapel occupies approximately a quarter of the tree, but what is surprising is the fact that this cavity created in the middle of the oak tree did not affect the vitality of the tree in any way. It continues to flourish as if the chapel had not been built inside.

The Botanical Garden is a place to relax, a refuge for Georgians on hot summer days, but also a place to socialize or get a breath of fresh air. During the summer, an outdoor cinema is set up inside the botanical garden in Kutaisi or folklore concerts are organized.

Gelati Monastery is part of a monastic complex, which includes 3 churches, included in the UNESCO World Heritage. Gelati Monastery was founded in 1106 by King David IV of Georgia, whose bones rest here.

Gelati Monastery is a particularly important historical site. Due to the fact that it served as an educational center for centuries, a large number of murals and manuscripts belonging to the 12th-17th centuries have been kept here. The frescoes but also the wonderful mosaics or wall paintings that you will discover inside will capture all your attention. Silence and peace are in the place of honor in this place, in addition, the entrance is free.

The Okatse Canyon and the Kinchha Waterfall are two of the highly appreciated tourist attractions among those who arrive in Kutaisi, eager for a little adventure. The two objectives are located on the Okatase river .

But let’s take them one by one. The canyon of the Okatse river is likened by many tourists to ” Caminito del Rey” – Malaga , the one we talked about in a previous article. In order to reach the starting point of the route, you should reach the village called Gordi , where there is a control point, and where you will be charged a fee of 5 GEL, in the local currency, somewhere around 2 Euro. From here, the adventure can begin.

A suspended route was arranged on the slope, with a length of 1 km and a width of 140 meters, a spectacular route, with views that actually take your breath away, a place where you can quietly enjoy nature and the views beautiful views over the Okatse River.

Do you want a relaxing and restful vacation? How about a stay at one of …